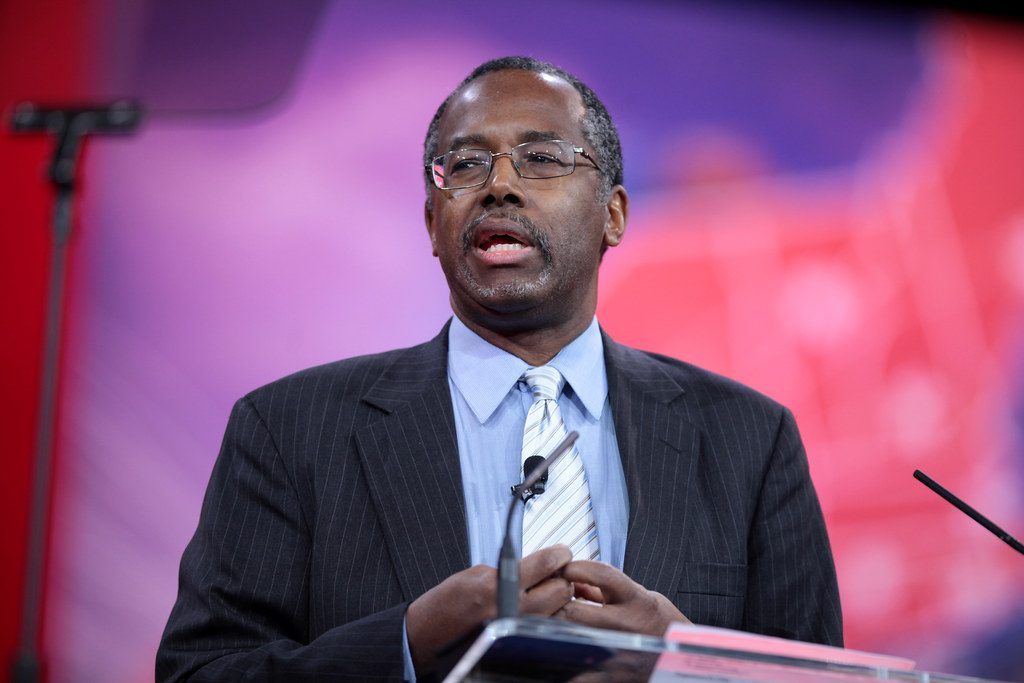 In 2015, we had Dr. Ben Carson, current secretary of HUD, speak at the Freedom Conference. He was inspiring and full of wisdom. It was honor to have bring he and his wife, Candy, to Steamboat Springs.

In fact, you can check out his speech here:

Since 2015, he has run for President and then landed in his current position — one of the longest standing Administrators in the Trump White House, actually. One thing he’s always stood against is speaking in politically correct terms just to appease a certain audience.

Last week, he reiterated his commitment to that at a Congressional hearing, saying, “This whole concept of political correctness … it’s going to destroy our nation.”

It’s usually one side of the aisle who is bent on PC language and Carson isn’t interested in their reasoning. He went on to say:

“Anything that doesn’t agree with them is a hateful word, and that’s what I mean when I said we need to be more mature than that. That’s what I might expect from a third-grade playground. If we make everything such a sensitive subject and everybody has to sit down and filter everything that they say, and we’re listening carefully to their words instead of what their meaning is, what do we become as a society and as a people?

We’ve got to nip it in the bud before it gets to the place where everybody just is silent. And they can’t say anything because it’s going to offend somebody.”

In the Daily Signal, Tony Perkins writes of how avoiding PC language is actually important for freedom and opportunity. Perkins writes:

“It is the Department of House and Urban Development under Carson’s leadership that has expanded access to people who need housing because the agency is once again allowing faith-based organizations to partner with the government after they were excluded during the Obama years. This inclusion of faith-based organization helps meet the needs in local communities all across America.

The Obama administration required faith-based groups to leave their faith at the door and pushed bizarre policies that put men in women’s homeless shelters. Thankfully, we have a HUD secretary who understands the principle that has guided America for centuries—equal rights for all, special rights for none.

We’re glad to have a friend in Dr. Carson and thankful for a country where we have the freedom to speak however we choose.