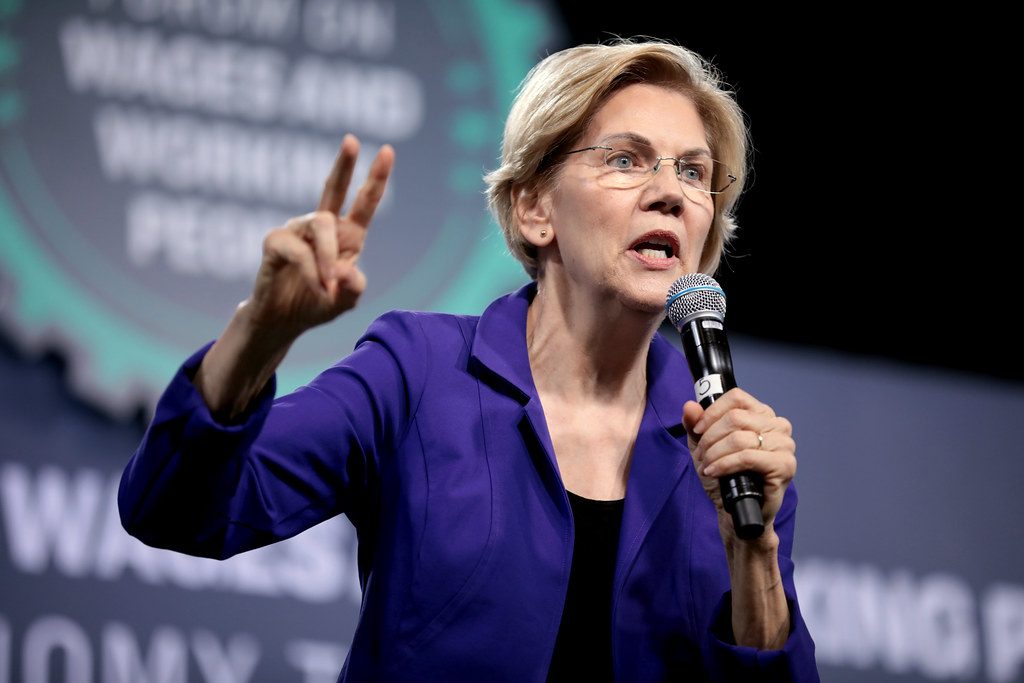 by Zachary D. Rogers, a member of our Emerging Young Leaders Council

The Consumer Financial Protection Bureau (CFPB) was created against Constitutional principles. Senator Elizabeth Warren assisted in the creation of the CFPB in response to the 2008 financial crisis to prevent such a crisis from occurring again.

Founders created a limited government to secure the natural rights of the people through the passage of the Constitution. They were careful to craft an energetic executive with certain constraints, one which is the requirement to be chosen by the Electoral College, which preserves the close connection necessary between the people and the executive.  The standard by which candidates should be judged is fidelity to the principles of the Declaration of Independence and the system inaugurated by the U.S. Constitution. Senator Warren does not appear to respect these principles.

She proposed the CFPB  in a 2007 law article — and it was ultimately created in response to the Recession of 2008, as part of the 2010 Dodd-Frank Act to ensure such a financial crisis did not happen again (few seem to remember that a significant factor in the recession was federal policy promoting subprime mortgages to individuals who reasonably should not have qualified.) She defended the CFPB as recently as 2017, saying that “government that works for the American people.”

The structure of the CFPB demonstrates how Warren failed to respect the limited form of government set forth in the Constitution. She will most likely do so again.

The Founders created a government of enumerated powers restrained by the Constitution and constitutional principles such as separation of powers, nondelegation of legislative authority, Congressional control of the purse, and the executive removal power, and the power of the Court to determine what law is. The  separation of powers requires the legislative, judicial, and executive powers not be combined in the hands of a single individual or entity.

This kind of situation would be the very definition of tyranny because it allows an organization such as the CFPB to create regulations, enforce said regulations, and then adjudicate any disputes regarding either the regulations or their enforcement. For instance, they can create a rule, charge an individual with breaking the rule, and the individual would have to go before an administrative law judge working for the very agency that crafted the rule and charged the individual with its violation. Such an issue arises because of the violation of the doctrine of nondelegation by Congress in giving broad power to agencies.

The nondelegation doctrine is the legislative authority that is vested in Congress. Individuals have natural rights and compact together for the security of these rights, determining then where to place the legislative authority. Since the Founders placed this authority in Congress, it cannot be delegated to others without violating the consent of the governed. Currently, however, Congress does delegate broad authority to agencies, who can then craft regulations to fulfill the agency’s mandate.

The power of the CFPB is exacerbated by the fact that it is outside the Congressional appropriations process because it is funded by the Federal Reserve. This is a violation of Article I, Section 9 of the Constitution which reads, “No money shall be drawn from the treasury, but in consequence of appropriations made by law.”

The Founders gave Congress the power of the purse because elected representatives would protect the interests of the people. One method of protecting the interest of the people is funding. The CFPB avoids this limitation because the director of the CFPB makes funding a request to the Federal Reserve System. The only limit to this funding is a cap set forth in the Dodd-Frank Act.

The structure of the agency is dangerous. The director can only be removed from the agency “for cause” during his five year term. The structure is unconstitutional  because the director of the CFPB exercises substantial executive authority while remaining unaccountable to the president, violating the president’s constitutional duty to “take care that the laws be faithfully executed.” The president is accountable to the electors and for the executive to retain control of executive agencies and officials requires they be subject to the removal power of the president.

Finally, the agency is currently given the administrative deference all federal agencies currently enjoy under the Chevron doctrine. Deference strengthens the power the agency has through its combination of functions.

The Consumer Financial Protection Bureau was Warren’s brainchild and we should be wary of any more government policies that move in this direction.