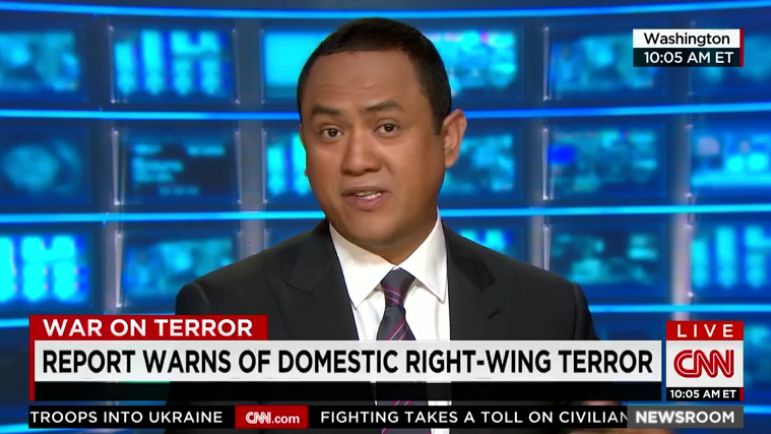 ISIS is terrorizing the world with their murderous tactics and extremist ideologies. Terrorist attacks are happening in their name around the globe. But CNN thought it was a good idea to air a segment on a new report out that focuses on “domestic right wing terror.”

You can’t really blame CNN, though — it’s the Department of Homeland Security (DHS) that’s put forth resources to fund the intelligence assessment. It was conveniently released this week, just as the White House embarks on a conference to confront “violent extremism.”

Never mind that the majority of “violent extremism” occurring globally can be linked directly back to Islamic terrorism. As is well-documented by now, the President refuses to use the term “Islamic terrorism” and spent much of his speaking time lamenting that “no religion is responsible for terrorism.”

I’ll remind you, he had no problem linking the Crusades to Christians — but he’d prefer not to link the current atrocities to Islam. I don’t know about you, but I’d rather our Department of Homeland Security be focused things like securing our borders, cybersecurity and other threats that pose great danger to our nation as a whole.